19 Years of Lisa Leonard Voiceworks: Looking Back & Ahead 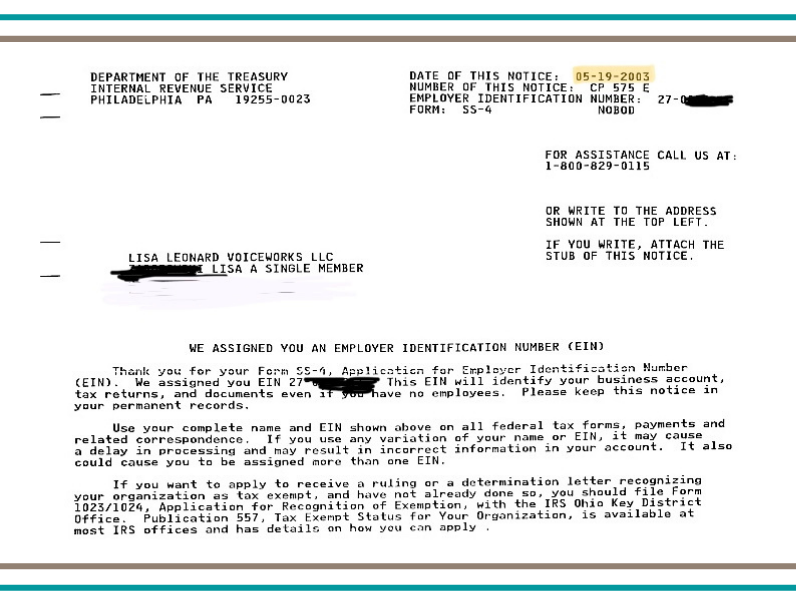 This time next year, I’ll be celebrating the 20th anniversary of my voiceover company, Lisa Leonard Voiceworks.  On May 19, 2003, I became an LLC or Limited Liability Corporation. The piece of paper you see in the photo above was proof that I was going “all in” on my dream to do voiceovers full-time.

So on this 19th Anniversary of my being able to do what I love, I’m feeling nostalgic and full of gratitude!

I’m nostalgic because, at my first professional on-air jobs, my voice was recorded on reel to reel tape. Then later it was “carts.”  My earliest “demo tape” was on cassette.  Later, some VO snippets were put on CD and that’s what I sent in padded envelopes through the mail to some production houses.  I’m amazed at how much the technology has changed within that time.  These days, I’m able to send an audio demo, or two, or five, to a prospective client in just seconds!  (Speaking of demos, my latest one can be heard HERE.) 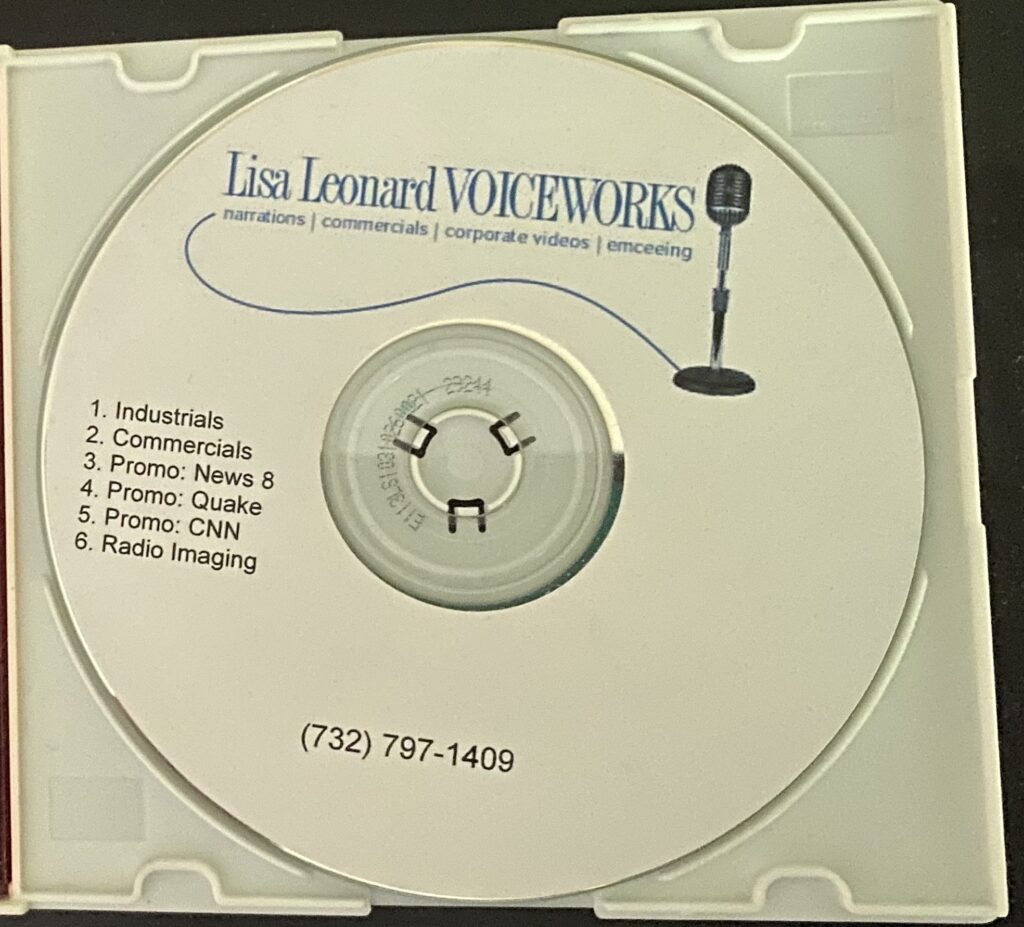 Now, some thanks to the people who have helped me along this awesome but sometimes scary path. In the late 1980s, a college classmate introduced me to a producer of cable television commercials.  I became his go-to female voice and it became a nice little part-time gig while I was a student.  I remember being so excited the first time I heard my voice while watching TV!  Then in my early days as a radio broadcaster,  I got really good at interpreting copy thanks to the production folks, salespeople, and copywriters who asked me to voice their scripts.

I’m forever grateful to the brilliant tech wizard friend who set up my first home studio. It was in a spare room with comforters staple-gunned to the walls.  He set up my M-Audio Firewire 410 interface, plugged in my Sennheiser microphone, and showed me the basics of recording, editing, and file converting.  That was the start of my long and happy work from home/WFH VO career.

Thanks to the first group of voice actor friends I made.  It helped to know they were only a phone call away when I had questions about rates, contracts, or tech issues.

I’m so grateful to the producers and engineers who booked me for those earliest gigs.  My lack of experience and confidence surely slowed things down during our initial sessions but I’m glad I earned their trust.  Soon enough I was working efficiently and effectively, getting some pretty complimentary reviews along the way.  My favorite is when they say I’m “so easy to work with.”  I also love when they say I “help them look good.”

Helping is in my DNA.  I’ll write more about that another time.  But for now, let me just say THANKS if you have played any role in my voiceover journey to date.  If I can help you in any way, please let me know.

And in the meantime, I want to think of a great way to celebrate the big 2-0 next year.  Any ideas?  Please leave them in the Comments section below.